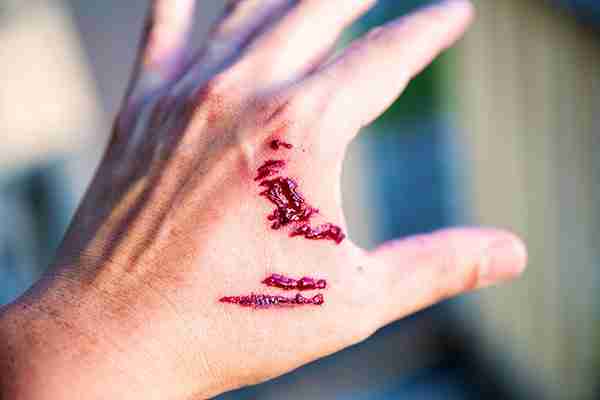 Do I Need A Long Island Dog Bite Lawyer?

Dogs make wonderful companion animals, but their behavior can be unpredictable when they are not controlled by their owner. Statistics show hundreds of thousands of victims end up in the emergency room on an annual basis. Data from the Centers for Disease Control indicates the majority (80%) of dog bites are incurred by people under the age of 18 years. If you are attacked by a dog, you should get in contact with a Long Island dog bite lawyer.

What Should I Do if Bitten by a Dog on Long Island?

If you are approached by a dog that you suspect might bite you:

First, don’t launch into a sprint or start running faster than if you were jogging. Seeing you run will trigger the dog’s chasing reflex and guarantee he’ll pursue you. Instead, stop moving and do your best to avoid wiggling or shaking. Most of the time when a dog runs at you he does not intend to bite, but you can reduce the risk even further by not fleeing from the situation in fear.

If the dog does not walk away on his own after the initial approach, you can try backing away from him in a relaxed manner. Your goal is to engage the dog as little as possible and not give any indication that you want to play or be chased. Even a dog that means you no harm can get over-excited if he thinks you’re issuing an invitation and it can turn into an aggressive situation quickly.

Recovered an award in excess of $1.9 million for the injury of a newborn child caused by medical negligence

Jury award of $1,000,000 for a claim involving misdiagnosis of a medical condition

Recovered an award of $800,000 for wrongful death related to negligent medical care

Won an award of $500,000 for a telecommunications worker who fell off a defective ladder

Recovered $340,000 for a young man injured by a car while crossing the street

Won an award of $335,000 for a laborer injured in a free-falling elevator at a construction site

Won an award of more than $300,000 for a man who suffered burns after a fuse box exploded

Won an award of more than $260,000 for an airline employee who suffered a fractured ankle

Lawyer for Slip and Fall Accidents on Long Island

Won an award of $250,000 for a construction worker who fell from a ladder and suffered a knee injury

Won an award of $250,000 for a retail manager who was injured by a trucker while off-loading furniture

Won an award of $225,000 for a laborer injured when he fell on a roof and suffered a knee injury

Won an award of over $225,000 for a delivery man who fell down a flight of defective steps

Won an award of over $180,000 for a man who tripped and fell over a sidewalk and lost several teeth

Lawyer for Slip and Fall Accidents on Long Island

Recovered $150,000 for an older man who tripped and fell on a broken sidewalk

Won an award of $125,000 for a carpenter who was injured by a falling door on a job site

If You Are Being Attacked by a Dog

Don’t force the dog into a defensive position by screaming or flailing. It only triggers the dog’s survival attack response. If the dog doesn’t back away or allow you to do so and instead begins jumping on you, your number one priority is to protect your face.

Turn away and use your hips and backside to create a body block. If the dog pushes you to the ground, curl into a ball to protect your face and midsection. Keep your hands around the back of your neck and stay in a motionless position for as long as needed.

Most of the time, you won’t face dire situations such as these. Most dogs don’t set out to bite you, but it’s important to have a plan in the rare event you are attacked and to know what you can do to reduce the risk of being attacked.

Dog bite laws in New York are a mix of the one-bite rule and a limited degree of strict liability. This means owners are strictly liable for medical and/or veterinary costs if their “dangerous dog” bit a person or animal. The state requires victims to prove a dog has a dangerous tendency to bite and that its owner was aware of this tendency.

According to McKinney’s Agriculture and Markets Law 123 provides statutory penalties for dog bites and the process for declaring a dog “dangerous.”

Dangerous dogs are defined as:

“(a) the dog, without justification, attacked a person causing serious physical injury or death; or

(b) the dog has a known vicious propensity as evidenced by a previous unjustified attack on a person, which caused serious physical injury or death; or

(c) the dog, without justification, caused serious physical injury or death to a companion animal, farm animal or domestic animal, and has, in the past two years, caused unjustified physical injury or death to a companion or farm animal as evidenced by a “dangerous dog” finding pursuant to the provisions of this section. An order of humane euthanasia shall not be carried out until expiration of the thirty day period provided for in subdivision five of this section for filing a notice of appeal, unless the owner of the dog has indicated to the judge in writing, his or her intention to waive his or her right to appeal. Upon filing of a notice of appeal, the order shall be automatically stayed pending the outcome of the appeal.”

Owners of a dog might also be required to pay a fine based on whether or not his or her dog was deemed dangerous. If a dog owner were to negligently permit a dangerous dog to bite a person and the bite results in serious injury, the owner could be convicted of a misdemeanor.

How Common is a Dog Bite Personal Injury?

According to the American Veterinary Medical Foundation (AMVF), about four and a half million people each year are bitten by dogs in the United States. About 4000 of these bites occur in New York. Many dog bites are minor and require no medical attention, but some are serious enough to require an emergency room visit.

What Causes a Dog to Bite?

Dogs react to stress differently than humans and one of the most common reactions is to bite. They might be scared or feel threatened, or feel that their owners or puppies are threatened and are prompted to act in defense. Some people assume that because their dog has never bitten anyone that it can be trusted to not bite in the future. This isn’t always the case. Sometimes dogs bite because they are not feeling well, which tends to occur as they grow older and their health deteriorates.

The majority of bites that require medical attention happen to children.

In part, this is because children lack the awareness and caution that protects them from bites. Children tend to excitedly approach unfamiliar dogs, causing the dog to react out of fear. Even familiar dogs can react poorly if a child is too aggressive or makes the dog uncomfortable in some other way. As a matter of fact, the AMVF reports that the majority of children bitten by dogs know the dog and have interacted with it before.

Which Dogs Are the Most Dangerous?

Any breed or a mix of breeds can bite, but some dogs are more likely to bite than others. If you are around any of the following breeds or you are responsible for a dog of any of these breeds, you should use special caution.

Dogs that tend to bite more than others include:

Let Us Be Your Long Island Dog Bite Lawyer

Even a minor dog bite injury can result in thousands of dollars in medical bills. You have a right to be compensated for your pain and suffering dog bite damages. We will ensure your rights are protected as your dog bite lawyer on Long Island. Our goal is to make sure you quickly receive your deserved dog bite injury compensation amounts. Contact us today to get started with a free consultation!